A Dream Postponed or Accelerated?

It was a scary dream come true. After a few years coming to this little island paradise in Central America, Danny and I decided to dive in. No looking back we took the last of our savings and put it down on what would become his “retirement”project and my writing retreat.

A slice of heaven on Ambergris Caye, the beachfront spot has a small footprint for a house and one rental casita, along with ample room to design a small boutique resort where he could fish and cook and I could write the stories of the people and places we’ve traveled or whatever came to mind. 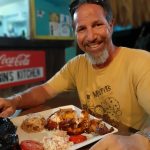 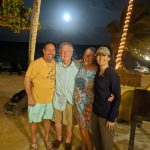 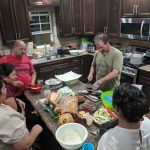 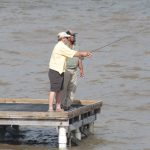 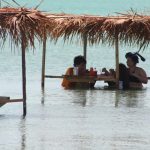 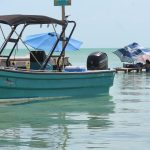 Belize continues to be one of the fastest growing Caribbean tourist destinations with the country reporting 503,177 overnight, land-based visitors last year. It’s a 2.8 percent increase over 2018 and the first time the nation hosted more than one half-million visitors in any year. Projections for 2020 were on a grand scale and the country, its government and citizens have been celebrating their newfound success.

I came down for the February 28th closing ahead of Danny’s arrival, leaving him to tend to our five restaurants back in Georgia. Ambergris is a lot like Blue Ridge in economics and infrastructure. Relatively small populations, near everything but still remote, and economically reliant on tourism.

Within 10 days of that closing, the entire world would change. By Friday, March 13, back in Georgia, Fannin County officials knew our isolated mountain town was in the crosshairs of a not-so-newly publicized virus named COVID-19.

Local charities began cautiously postponing annual off-season events. The Chamber of Commerce sent out a notice they were monitoring COVID19 in the region. Reservations began to drop one by one, then fell into a quick slide as the virus took hold in Georgia. Phoning in advice, we asked the team to take out 50 percent of our seating to allay any fears amongst guests and staff. We put hand sanitizer everywhere and mandated anyone carrying food or cleaning tables wear gloves.

By March 17 our reservation system ominously reported they would be providing 100 percent coverage of fees for at least the next 30 days; by the next day we began calling all large parties to let them know we would not be hosting any large groups for at least 60 to 90 days.

Folks back home ran the gamut of it’s the flu to it’s the end of the world. And then one day one of our staff posted that she was afraid to come to work because customers were not paying attention to health standards, but she was also afraid she would be fired.That was it – we were already preparing an online meeting with the team getting the restaurants prepared for what we saw as an inevitable shut down – but we could not have staff believe the worst of us, that we were putting earnings over people. We knew we needed to close down the majority of the restaurants and reassess the situation. We called government officials and medical experts for advice.

We made the call the next day, explaining Danny would be back that weekend. And that I would remain behind. I had made him stay an extra week so that the US could get all it’s European travelers back safely and he wasn’t exposed to the lines of people at the airport.

But during those 7 days, chaos seemed to be the only normal thought process anywhere. We had hours of arguments about who would leave – healthwise, Danny is considered in the “at risk” group – but occupationally, he was certainly more valuable in the kitchens and I serve more of a purpose behind the keyboard.

So it was decided.

The plan would be for me to stay and manage the business from the island, while overseeing our investments here. And to fly back in a couple weeks depending on the virus pattern and flow of business. Worse case, Danny would go close things up and fly down for a couple of weeks while the country got things under control.

At least that’s what the optimistic goal was – in the next 24 hours things quickly deteriorated in the U.S. and I cried all day believing I was sending him back to a war zone and I would never see him again. The guilt was overwhelming. But of course Danny’s response was well if that’s the case someone needs to survive this thing so basically we are hedging our bets. Plus, he argued, I was pretty safe on a secluded island.

His sarcasm was a bit too close to reality to calm my nerves.

The day before his flight we headed to town for supplies for me – and to lock down our original little house in the more populated bayside of the island.

We ran into a few friends on the way back from town. They were hustling golf carts from one end of the island to the other for safe-keeping as resorts were shutting down with tourists heading home. My friend Angie remarked that I looked sad, I explained Danny was leaving in the morning. She said the international airport would be closing the following Monday.

When I asked for how long, everyone just shrugged – two or three months? Six months?

“Probably by the fall,” Angie said. I started to cry. Startled she reached out to hug me and said, without much conviction, “I am sure it will be sooner.”.

The day after he left, the first case was reported in Belize. It was on Ambergris.

The international airport closed as planned, but so did our island. Ambergris was shut down and an immediate 30 day lockdown was enacted for everyone on the island – no one on and no one off.

The lockdown made no difference to me, for the next 2 weeks solid, I buckled down to make sure our team at home would have unemployment wages for the period of time we would be closed. The first round of instructions I sent them went out the window as quickly as I emailed the instructions. Georgia’s rule pushed the partial unemployment filings to the employer. I divided restaurants into management groups getting my key employees to create the files I would need to upload.

The Department of Labor site was kicking me out for days on end. I assumed it was the overwhelm of companies logging on, only to discover it was my location. A VPN solved the issue quickly and I was in and filing. I learned more about unemployment than I ever knew in my 53 years. To this moment, I certainly hope I am still doing it right, but I know the team is doing well, a bit better than expected, and that alone allowed us to focus on the next challenge of determining the future of our businesses.

When I read articles now eight weeks later I realize our little company accomplished much more than many companies across the country did for their staff. The majority of the team is receiving benefits, even those who did not originally qualify based on their employment history – lack of work history, out-of-state jobs or former employers who did not accurately report wages. I was amazed at how many of those folks we had in our employment.

Our incredible customers helped with our team as well, quickly augmenting our assistance with boxes of food for the crew to take home with dollars in a GoFundMe campaign that assisted with rent, mortgages, medicine and more.

That same fund will convert to helping us get our doors open when we come to grips with what the world of food and restaurants will look like tomorrow.