There are so many ups and downs in this quarantine. This began as one of those down weeks. Struggling with the idea of opening, something that 65 days ago, when we were submerged by the knowledge that we would have to close our restaurants, we were buoyed only by the thought of when we could open again.
And now? Well, to put it mildly, it’s complicated.
It’s a complicated decision for every business, but particularly for restaurants. Our workers are in the front line of bodily functions so to speak and even with every precaution in place, you cannot control the actions of humans.
Add to that the fact that I am thousands of miles away from Danny while we make these decisions, well, it becomes more of a battle than a conversation at times. This is one of those weeks where our conversations have become monotonous for us both – the misunderstandings and communication problems that can happen over texts and internet calls with lags in conversations and mishearing the directional tone – needless to say we are both feeling a bit empty. We are at our best when we are in sync and this has not been a synchronized week. 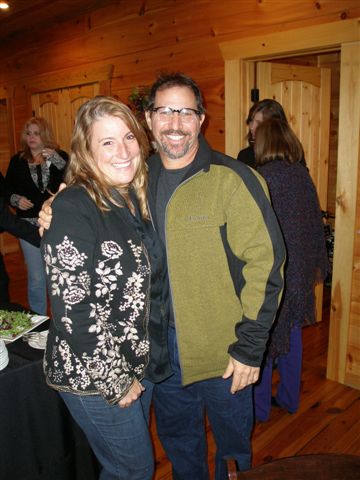 Anyone who knows us personally, knows we have these moments often, even in person. Normally, in conversation, we talk at the same time. We also have a tendency to get a bit loud when we “discuss” options. And so the past 10 days have been, well, frustrating.
Moreso for Danny, I am sure, as I can sit down and start writing or paying bills or research how to stay afloat for what I believe will be a crazy eighteen months ahead. Meanwhile, Danny is on the end of the phone that still has to make the face-to-face decisions.
In fact, today he has a meeting with the entire team to discuss reopening plans for dine-in Memorial Day weekend at Harvest on Main, Masseria Kitchen + Bar, and La Pizzeria – all the restaurants with the exception of Cucina Rustica which is still curbside and Blue Smoke Barbecue which we have put on the market to sell.
It is the first time I have not been by his side in over a decade of team meetings. In fact, I am normally the one who leads them. So, who knows, he may be relieved. I am sure the team will be relieved as I normally pull out a test or try some sort of new team-building exercise.
We would never open a new restaurant on a holiday weekend, such that it is, and reopening with the new restrictions and safety protocols is basically like reopening three new restaurants on the same day. So we are all a bit on edge.
In the midst of this I got an email announcing another repatriation flight this week – which would get me home for my nephew’s birthday and Memorial Day weekend craziness. I was immediately filled with angst. Every time they announce another flight to the states, I get this sinking feeling in the pit of my stomach, but I know I have to stay here and work.
In the days following Danny’s departure back to the states, I questioned my decision to stay in Belize over and over. Of course, I felt a bit nervous about staying since the island was the location of the first reported case in Belize. And then I felt guilty for second-guessing myself. Did it make me a bad person that I was now second-guessing my decision to stay because we had cases while sending Danny back to the States? Was I really a bad person for thinking, ‘Great, I thought Belize was the safest spot and now Fannin had no cases?’
Talk of repatriation flights made me even more unsettled. No one really had answers. How bad would Belize get if cases grew? What sort of care would I get in a third-world country compared to the US? What would I do with our dogs here if I could not get back in a month or so to get them back from the neighbors? How would I manage the rentals here and the small renovation project already underway?
Ugh, the labors of being human.
One particularly bad morning I sent Danny a pretty pitiful video chat missing him. I felt bad as soon as I sent it, I mean what good would it do? I wanted him to know how much I missed him but I certainly didn’t want him to feel bad.
After he saw it he asked me to not send one like that again, the one saving grace in all of this was him thinking I was happy in Belize and that I could write and get the house here ready for whenever things opened again.

Whenever. Who knew whenever would continue to be so far away. 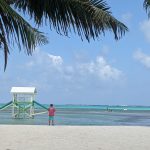 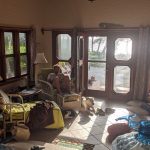 Working on menus in paradise. 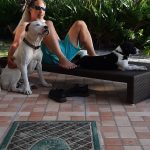 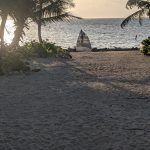 Last check of the sea with Buddy. 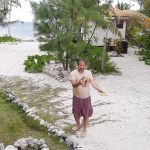 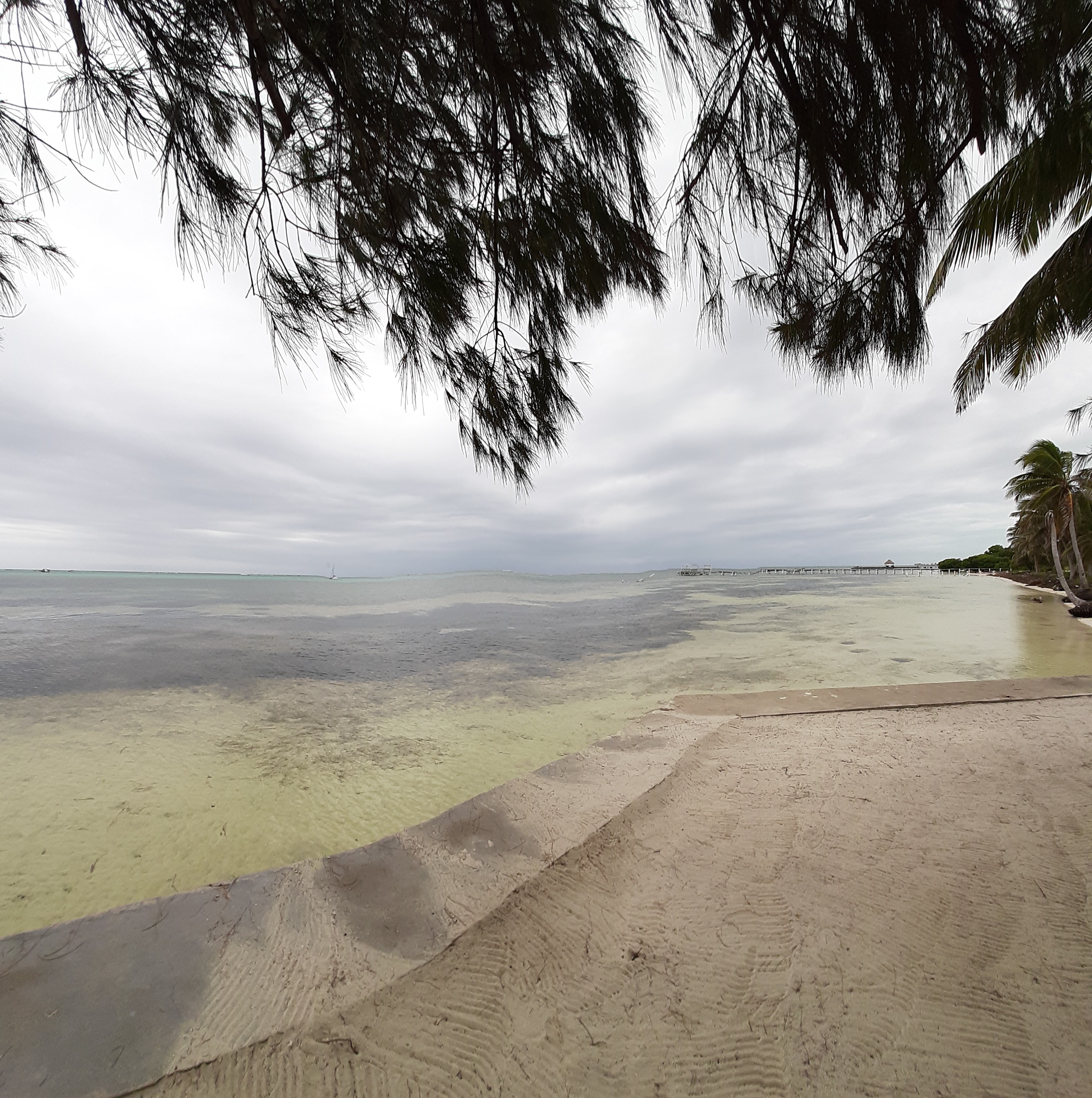